The arch of Cabo San Lucas, the great Cabo icon to visit

The main reason to visit Cabo San Lucas in Mexico is to see the “Land’s End”. This iconic spot is where the Pacific Ocean meets the Sea of Cortez. Once you’re there, you’ll get to discover a beautiful rock formation in the shape of an arch, named the Arch (right?). This is a great attraction to see with your own eyes when visiting Cabo. Read on through this post and uncover the many features and experiences you’ll find at the Arch of Cabo. Also, learn more about the history of Baja California and the Sea of Cortez in this post.

The arch of Cabo San Lucas in Land’s End

Historically, where the Arch of Cabo is located, goes under the name of the end of the world. This is because there’s nothing but ocean to the south.  That means it’s located at the southern end of the Baja peninsula in Mexico. The awesome limestone rock formation is awe-inspiring as you approach it. There is also the place where the Sea of Cortez converges with the Pacific ocean, making it a mixture of incredible biodiversity in Land’s End.  You don’t need more reasons than those to visit this incredible area in the Baja peninsula in Mexico.

Baja California and The Sea of Cortez

Baja California is the second-longest peninsula in the world, measuring 775 miles in length. For  you to get a perspective on size here’s an example: The northern end of this peninsula starts at the southern US border. After it was discovered, the Baja peninsula was considered to be an island. Eventually, people found out that it was an arm extension of the land. But for a century, it was marked on old maps as an island.

A bit more about the Sea of Cortez

Before the Gadsden Purchase in 1854, which gave the U.S. the southern portions of Arizona and New Mexico, President Antonio Lopez de Santa Ana fought hard to keep the land that separated mainland Mexico from the Baja California peninsula. In the end, the U.S. allowed Mexico to keep this land bridge, which included the bustling metropolis of Mexicali.

Many Americans and Canadians choose to make Los Cabos, Mexico, their home or vacation home.  Therefore, discover how to purchase your dream home in Los Cabos, Mexico by inquiring with Brent Fong with Cabo Beach Life.  Click <HERE> to inquire.

Thank you for reading The Giggling Marlin: Great food and fun in Los Cabos, written by Greg Hixon of RE-MEX-IMAGE and Hixonic Web Specialists.  Be sure to check out other blog posts on our Cabo Beach Life blog about all the great things to experience in Los Cabos, Mexico, from blog posts like this.

Sea Lions in Cabo: Come meet these friendly creatures in the Sea of Cortez

Cabo Medical tourism: The new kind of tourism booming in the area 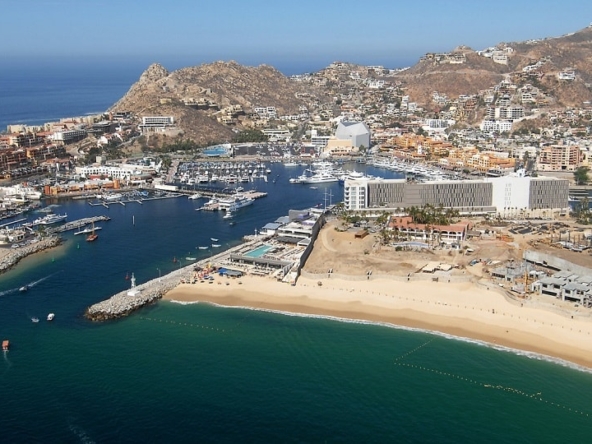 Cabo San Lucas: Fun and adventure under the sun

Discover one of the best cruise destinations in the world. Taking a Cabo San Lucas cruise, it’s...
Continue reading

Cabo Medical tourism: The new kind of tourism booming in the area

Over the last few years, the search for medical services in Cabo has grown exponentially. Cabo...
Continue reading

Sea Lions in Cabo: Come meet these friendly creatures in the Sea of Cortez

There’s a great experience you can live in Cabo that almost no one knows about: Meeting the sea...
Continue reading

Please enter your username or email address. You will receive a link to create a new password via email.